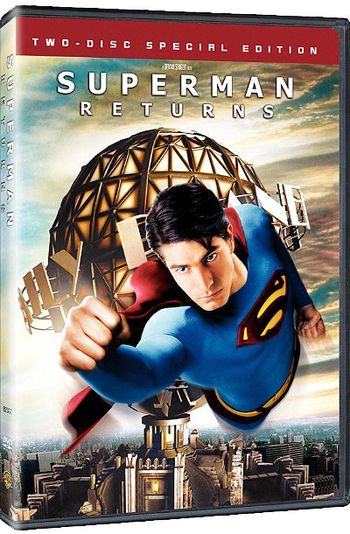 Based on the 777, this (CGI) version is the new 'Shuttle Carrier' manned by USAF crews. The new Shuttle is named Genesis.

Another shot of the plane.

Fumes of the fire off.

One of the jets called to assist the NASA project.

Two jets were assigned to help.

Richard on his seaplane looking for Lois and Superman in the water. 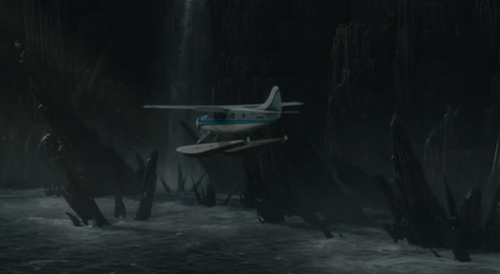 Flying back to save Superman.

Can't get the speed up to get airborne.

The bank robbers had a helicopter waiting on the roof for the escape.

Bullets bounce off of Superman hitting the helicopter.

Early production models of the A-109 can be identified by the four exhaust vents, later redesigned to just two vents with a fairing.
Registration (N30162) is fanciful.

First seen on the stern of Luthor's boat.

Lex and Kitty get stranded after running out of gas.

Model of the mechanical countryside model.

Model of the mechanical countryside model.