Pictures courtesy of Sunbar and stronghold, who provided them on IMCDb.

Does anybody know where I can find the true registration of this aircraft? SENIRAM 10:25, 7 October 2014 (MDT)

Action set in June 1935.
The new Le Bourget Airport was the fruit of an architectural competition closed in 1935 and the building was inaugurated in 1937 so this is too slightly anachronistic.
In 1992, this airport was actually a museum with a limited use only for general aviation, including business jet operations. 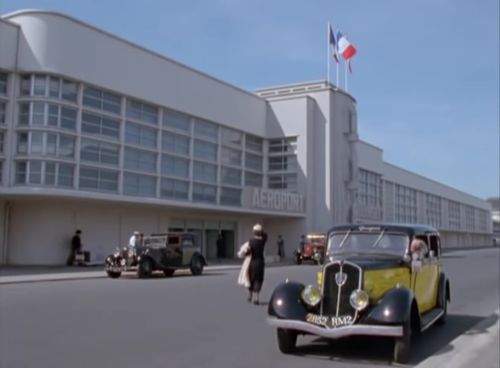 Seen first time before the murder. 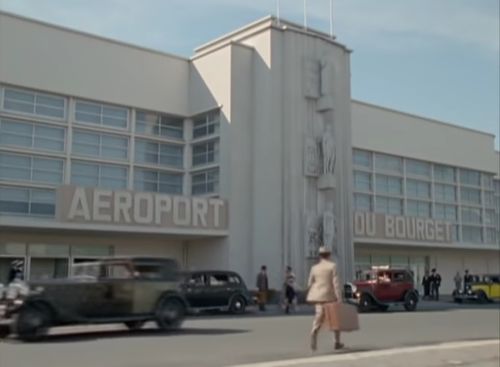 Seen again when Poirot is investigating.

The sequences shot inside the building (stairs, first floor) are limited to restricted areas due to the museum status and the display of preserved aircraft in the main hall.
The take-off scene is filmed elsewhere because the hangars in the background are not those of the Le Bourget site. 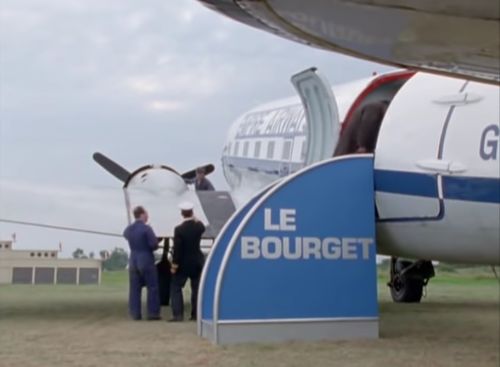