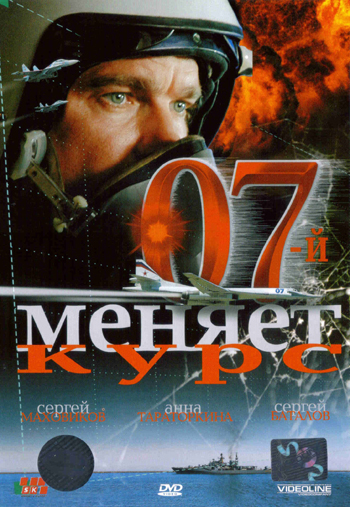 During a russian/american exercice involving navies and air forces, terrorists of an unspecified country are able to take control of a Blackjack bomber, trying to bomb the main aircraft carrier with the hope this will cause a war between the new allies. But the crew of the Tupolev refuses to be simply the toy of such project. 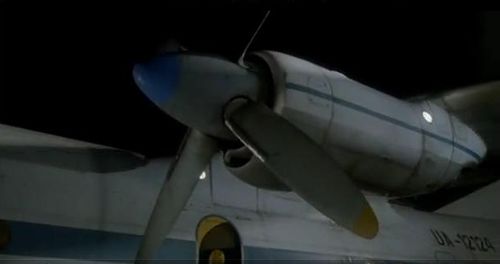 False Ukrainian colors (should be blue on top of the flag). 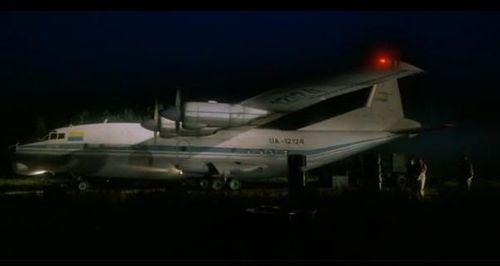 Beriev A-50 landing in the background. 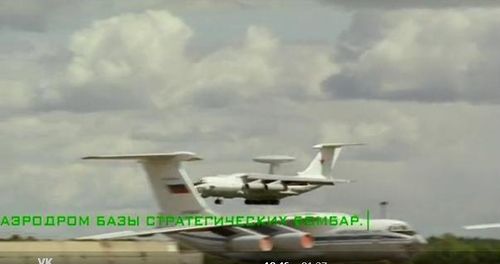 Il-76 seen in the foreground.

Based on Ilyushin Il-76, AWACS variant built by Beriev. NATO reporting name Mainstay.
One of the main actors of the movie. 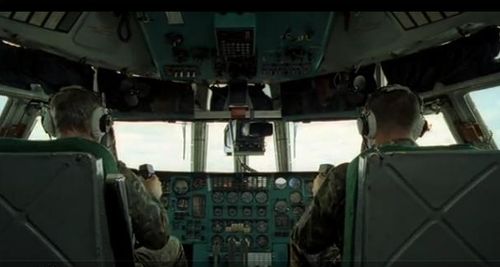 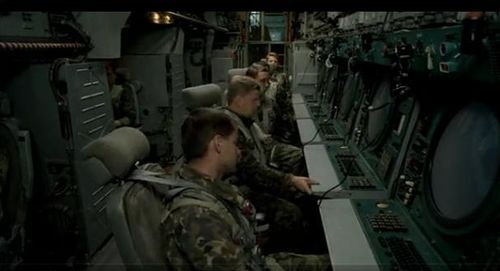 The crew is taking place... 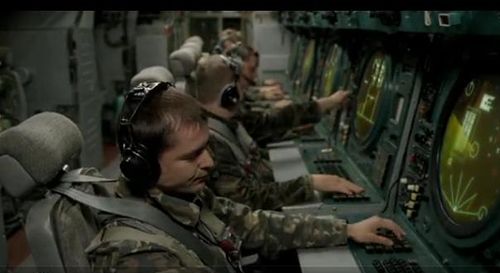 ... then working at the consoles. 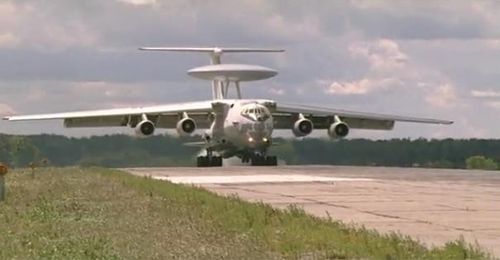 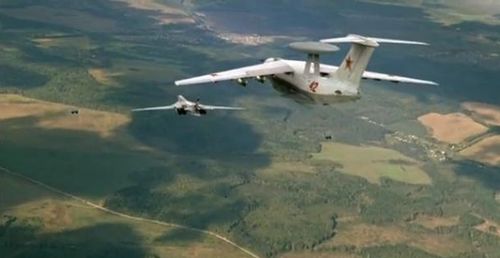 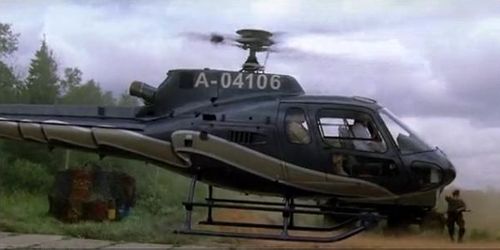 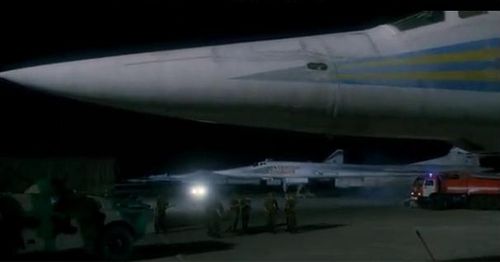 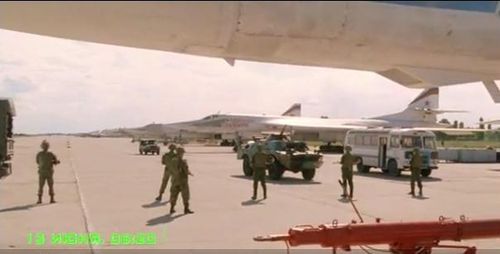 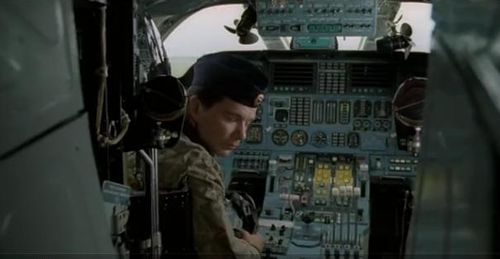 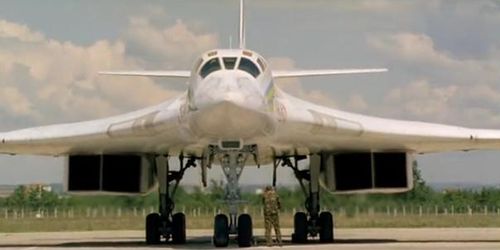 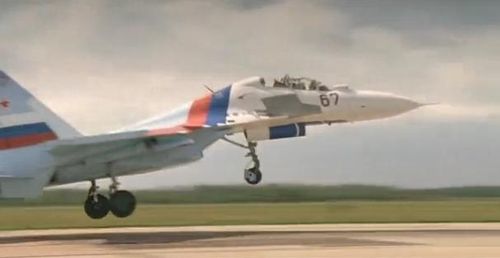 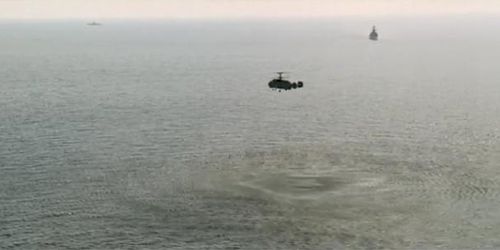 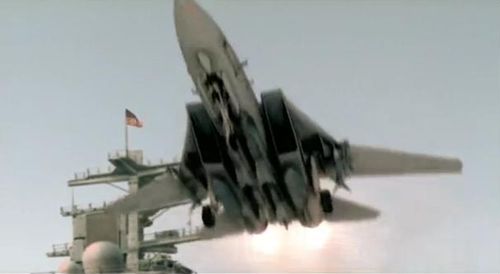 Taking off from the carrier (see bottom), a digital Tomcat loaded with AIM-54 Phoenix and AIM-7 Sparrow missiles. 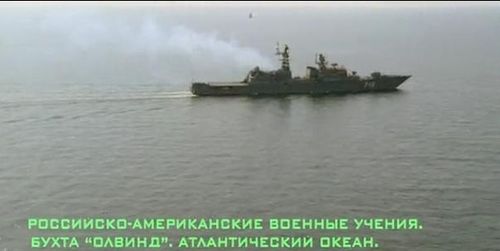