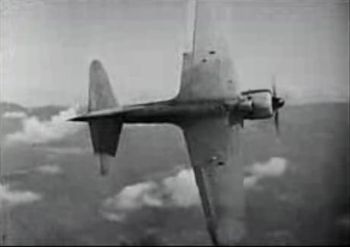 The Nakajima Ki-84 Hayate was a japanese single engined fighter produced during World War II. It was one of the most performing aircraft of the japanese Army but was hampered by lack of good pilots and poor quality. Despite its heavy armement and nearly a year long in front line service at the end of the war, it was unable to stop the deadly raids of the Superfortresses.

This page lists all films that feature the Nakajima Ki-84 Hayate.