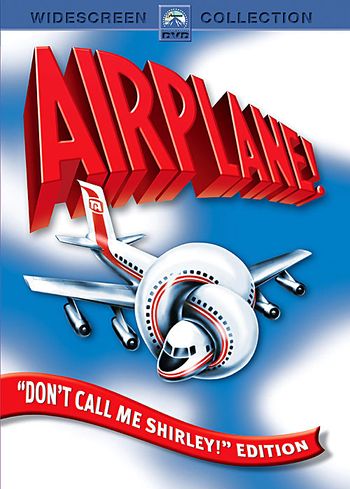 Ted messes up his relationship with Elaine, an airline stewardess, and wants to convince her that he can change. He boards a flight which she is working on in order to continue his plea with her. Later in the flight, many of the passengers realize they received food poisoning from eating fish prior to the flight. It gets worse as they discover that both the pilots also ate fish and soon become unable to fly the plane. Ted, being an ex-fighter pilot, is the only one on the plane who has a chance to get it back on the ground safely. As he is landing the plane, Elaine is impressed and decides she can give him another chance.

Lightning striking all around the plane lighting it up. 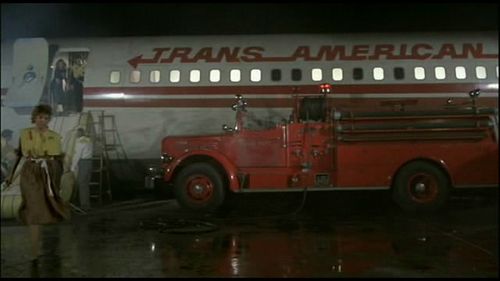 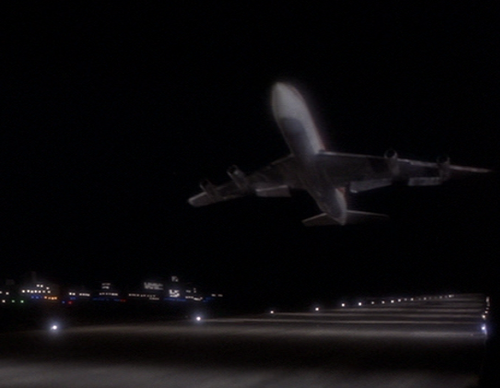 End scene where the "auto pilot" (blow-up dummy named Otto) takes off after the crash landing.

Another 707, in a fake made for movie airline colour. 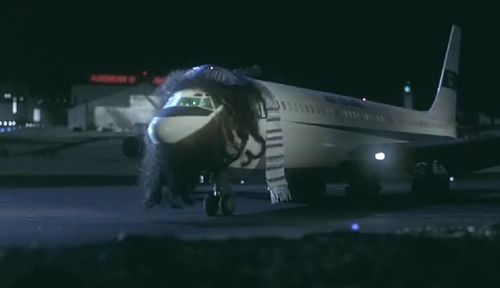 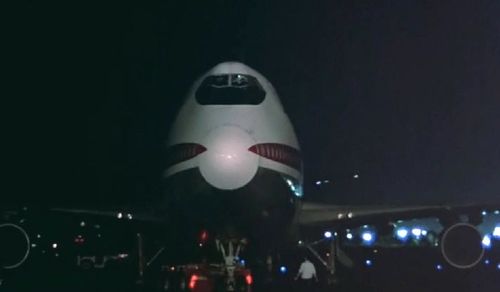 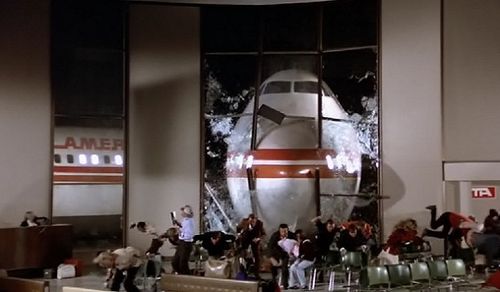 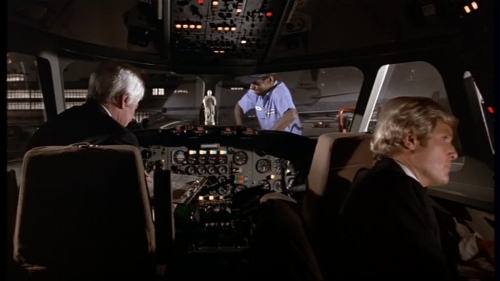 Boeing 747 in the background.

This backgrounded archive footage is used again in Airplane II: The Sequel. 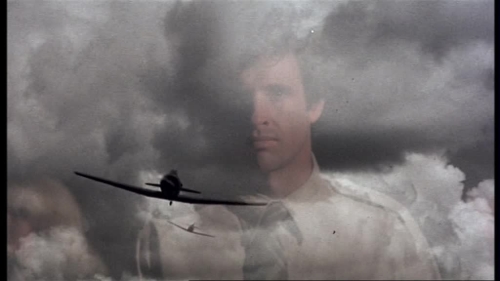 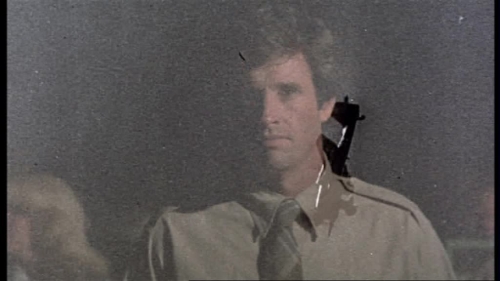 Aircraft from same footage seen in Reach for the Sky and in Pearl Harbor - IMPDb: Frequently Seen Aircraft. 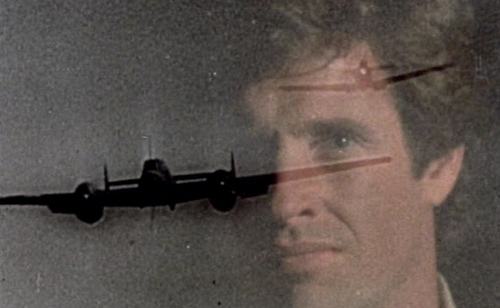 Ted has several flashbacks from his time in the war as a fighter pilot.

Picture of a rear gunner aboard a Dornier Do 17.
This backgrounded archive footage is used again in Airplane II: The Sequel. 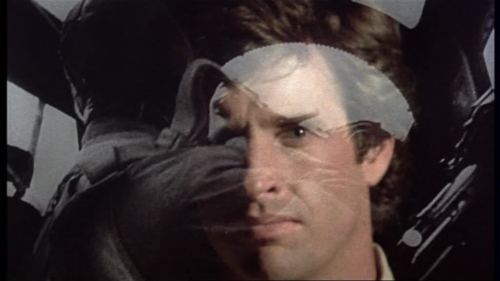 Archive footage of what is probably a dogfight with a Messerschmitt Bf 109. 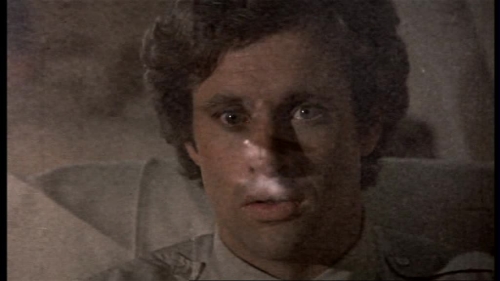 Probably from a movie but which one ?
This backgrounded archive footage is used again in Airplane II: The Sequel. 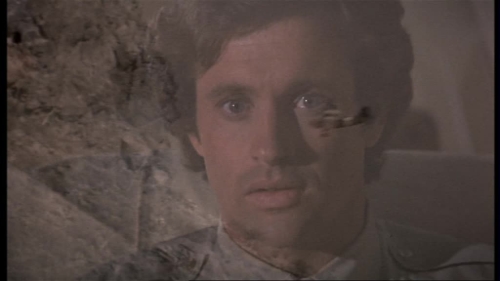 Probably a Hollywood movie about the Pacific war. This backgrounded archive footage is used again in Airplane II: The Sequel. 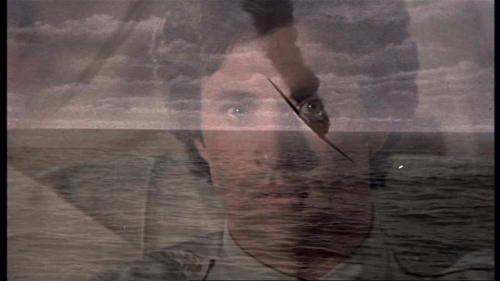 The boy is playing with a Boeing 727 toy. Model seen again when he meets Captain Oveur (acted by Peter Graves). 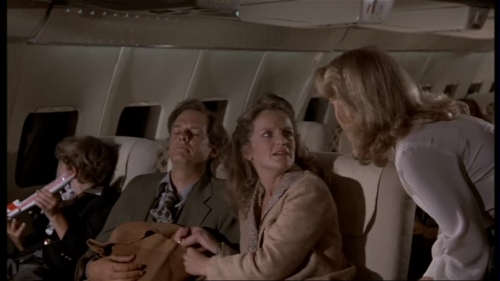 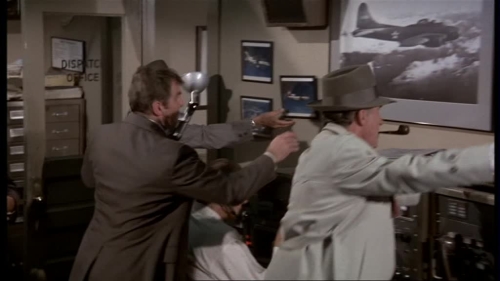 WWI German fighter (note the national insignia on the very bottom of the picture) shot down and crashing, probably from a movie of the thirties. 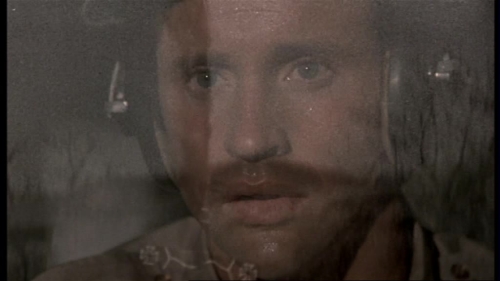 A winged man running and jumping from a small rock. Despite not posted on the dedicated page, this shot was already used by Those Magnificent Men in Their Flying Machines or How I Flew from London to Paris in 25 hours 11 minutes. 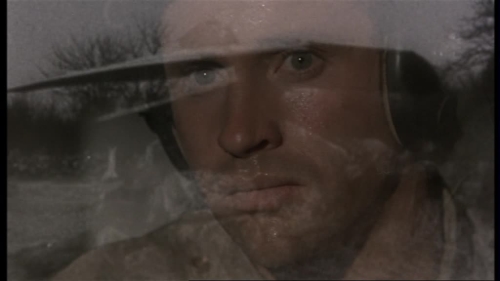 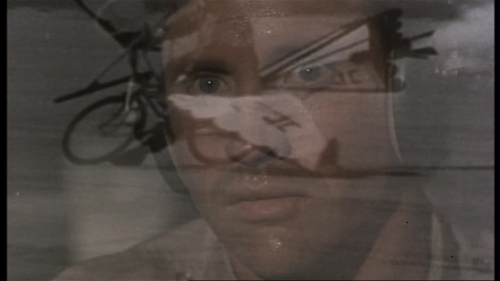 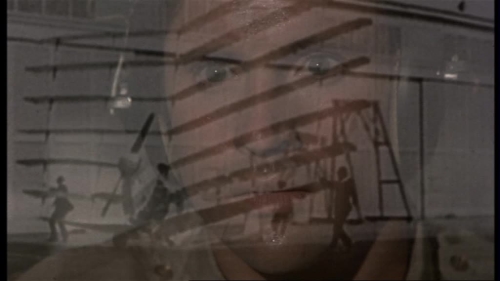 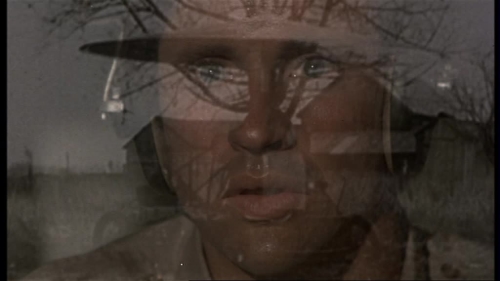 Douglas DC-7 N68N c/n 44275/496 seen during its last take off (in fact, a test for the FAA; read the full story at : http://www.arizonawrecks.com/wrecksfrombradgray/deervalley.html).
Same aircraft in other movies at IMPDb: Frequently Seen Aircraft. 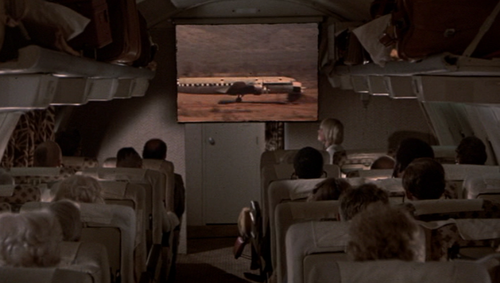 The Douglas DC-7 of the "in-flight" movie. 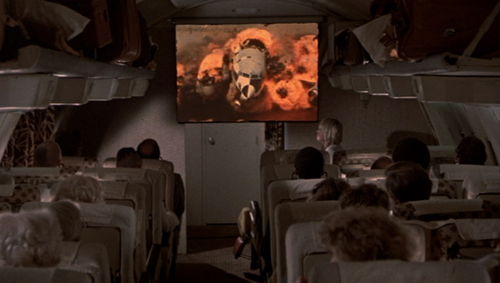 The Douglas DC-7 crashing during the "in-flight" movie. 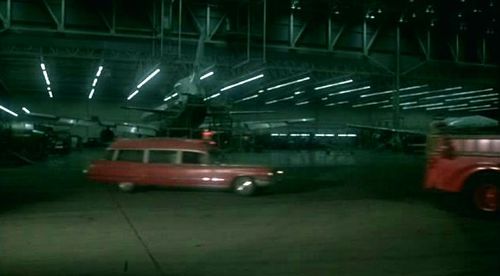 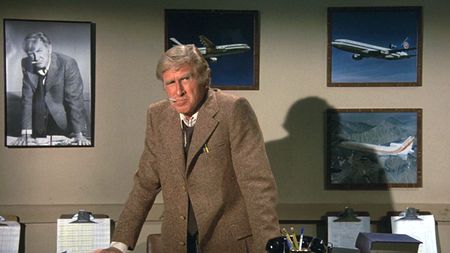 The landing airliner seems to have a wing free of any engine. A Douglas DC-9, a Boeing 727 or a Sud Aviation SE 210 Caravelle ? 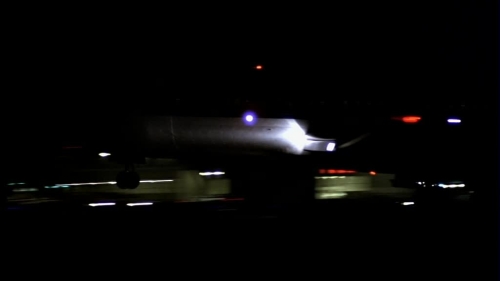 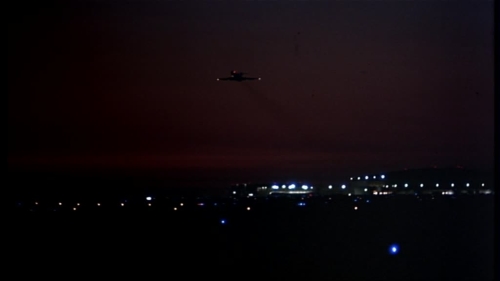